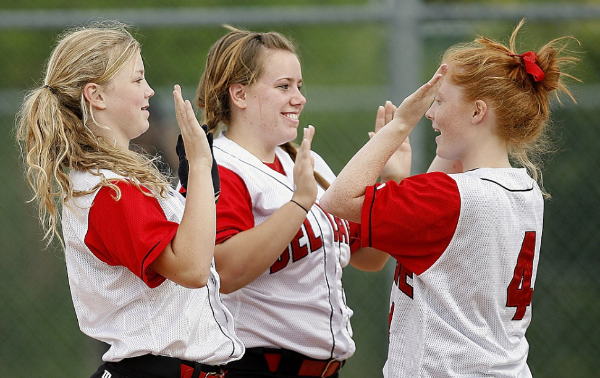 Another State Joins The Fight To Save Girls' Sports

It's about time! Finally, lawmakers are getting off of their hands and coming out in defense of women and girls against the new trans movement. In Oklahoma, Governor Kevin Stitt authored a bill that protects womens' sports by banning trans from joining.

I have some exciting news—Sanity is coming back to girls' sports as lawmakers slowly get off their hands and get to work correcting the blanket 'woke' movements that have all but destroyed sports for girls.

National Review explained that the "Save Women’s Sports Act passed the Oklahoma House by a 79-18 vote last week, and was subsequently approved by the state Senate.

The bill reads in part, “athletic teams designated for ‘females’, ‘women’ or ‘girls’ shall not be open to students of the male sex.”

Opponents of the bill claim that it goes against federal civil rights law:

“Ultimately, SB2 violates the United States Constitution and federal civil rights law, puts Oklahoma at risk of losing federal funding, and harms transgender youth, all to solve a problem that does not exist,” Tamya Cox-Toure, head of the American Civil Liberties Union’s Oklahoma chapter, said in a statement.

The legislation requires sports teams at Oklahoma's public schools and colleges, public charter schools and private schools whose teams compete against those at public schools to designate athletic teams as being either co-ed or based on "biological sex."
"Athletic teams designated for 'females', 'women' or 'girls' shall not be open to students of the male sex," the law states. The legislation requires parents of students 18 and under to sign an affidavit "acknowledging the biological sex of the student at birth." Students 18 and older need to sign the affidavit themselves.
Previous Post
Next Post