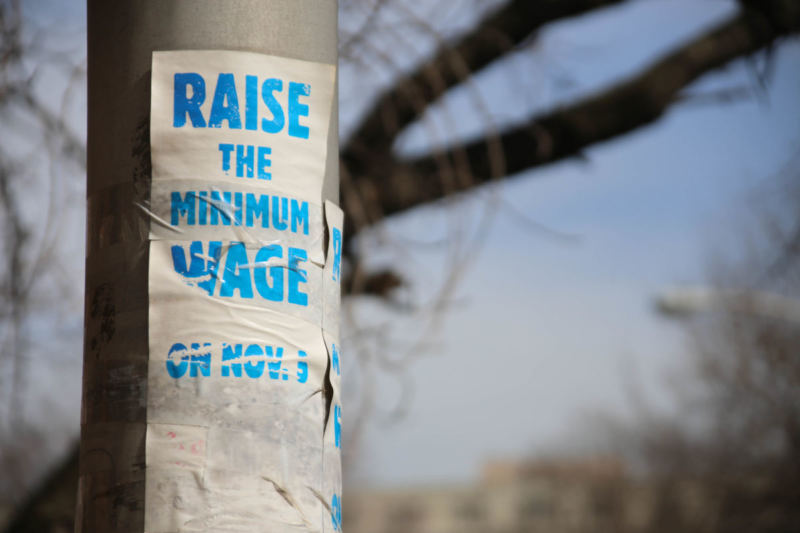 Remember not too long ago when all the Democrats were calling for a $15 per hour minimum wage? It wasn't that long ago.

"The squad's" Rashida Tlaib is now calling for a federal minimum wage of $20 per hour.

Rep. Rashida Tlaib, D-Mich., called for a federal minimum wage of $20 per hour at an event in Detroit on Sunday night, prompting mockery from conservatives and threatening to force mainline Democrats in the 2020 presidential race to address the issue in upcoming debates.

Tlaib's comment came during remarks to the Restaurant Opportunities Center of Michigan and the labor rights group One Fair Wage, and were recorded by the conservative political action committee America Rising. The Democrat-controlled House of Representatives passed a $15 federal minimum wage bill last week, but it has little chance of passing the GOP-controlled Senate.

Tlaib, referring to the federal minimum wage for those workers, said that "tipped employees make $2.13 per hour, federally."

Talaid said, "Think about that for one minute. People cannot live on those kind of wages, and I can't allow people to be living off tips, you know, relying on tips for wages. It's just not enough to support our families. By the way, when we started it, it should have been $15."

This just goes to show the utter IGNORANCE of these congresswomen.

That is not at all how the pay structure works. They do not have to rely on receiving tips for their wages.

Employers are still obligated to pay them the minimum wage amount to make sure they at least get minimum wage.

So let me give you an example. Let's say that the minimum wage is $10 per hour and a waiter or waitress works 40 hours per week. At the end of the week, she is owed $400 for her work. If he or she makes $3 per hour plus tips, and she only gets $5 in tips additional per hour, she has earned $8 per hour. This amount comes to $320. His or her employer is now obligated to pay the additional $80 to ensure that they get at least minimum wage.

Here's what's going to happen when you mandate that employers pay waiters and waitresses $20 per hour:

Prices are going to skyrocket. The reason that their prices are as reasonable as they currently are is that they pay lower wages that are supplemented by tips from their patrons.

To this Tlaib simply says, "Now I think it should be $20 -- make sure America Rising hears that," she continued, to applause. "It should be $20 an hour -- $18 to $20 an hour at this point. ... They say all of this is going to raise the cost, but I can tell you, milk has gone up, eggs have gone up, everything has gone up. The cost of a lot of things that we need has gone up already."

That's because of inflation. Now imagine everything doubling in cost because of this.

*Side note: I pay less for milk and eggs now than I ever have in the past.

Many are going to start earning less than they already do. Let's assume some waiters/waitresses get an additional $20 per hour in tips, which is completely reasonable. Well, customers aren't going to be tipping much anymore because they're now having to pay $30 for a steak meal instead of $15.

This is what happens when Democrats try and control everything.