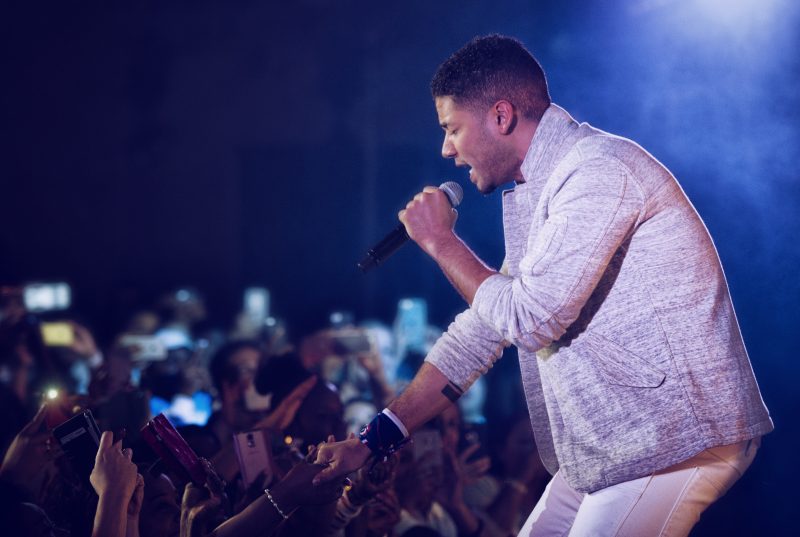 Amazing New Evidence In Jussie Smollett Case, Will It Change Anything?

Some new evidence was released for us to see regarding the orchestrated attack on "Empire" actor Jussie Smollett.

There were recently text messages revealed between the brothers and Jussie Smollett before the attack as well as a photo of a check that Smollett wrote to one of them.

TMZ has obtained documents that on the surface back his claim the $3,500 check he wrote to Abel was for training. The check was written to Abel on January 23, 2019, six days before the "attack." The memo line reads, "5 week Nutrition/Workout program Don't Go."

Sources connected to Jussie tell us, the reference to "Don't Go" is a song for which Jussie was going to shoot a music video ... featuring himself shirtless. The sources say Jussie had gained weight -- he was 192 lbs and needed to lose 20 pounds for the shoot, and that's why he hired Abel ... whom he says he calls "Bon."

The thing is, the Nigerian brothers told the grand jury that the money was related to his training program for a music video coming up and not for the attack.

If you'd like to take a look at the photos, you can find them at TMZ here.

But in reality, does it prove anything? The police have already got the two men on video buying the items for the attack and they even have their confession of it as well.

And don't forget the threatening letter that he sent himself through the mail. So even if the check doesn't say that it was specifically for the crime - which of course it wouldn't - that doesn't really do anything to help his case.

Finally, don't forget that the police have seen all this evidence and still arrested Smollett. They know there is much more to this fake attack designed for race-baiting and furthering a political agenda that we all have been able to see so far.