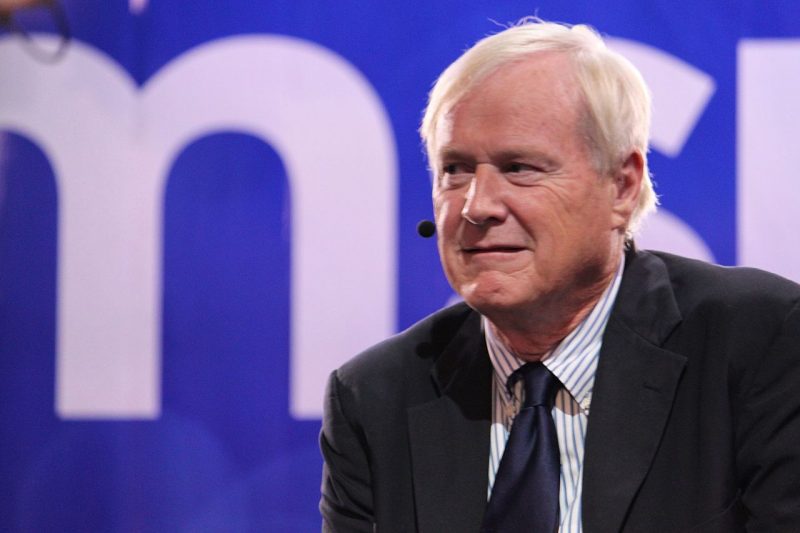 Before going any further, let me just say that his entire theory is made up. What you're about to read about what Chris Matthews' said is the equivalent of me saying that Trump will resign because aliens are going to secretly land near the White House and take over his body and force him to resign. That's how much credibility there is to Chris Matthews' claims.

Chris claims that this will be part of a "secret deal" with Robert Mueller in an effort to avoid prosecution for either himself or his family.

Matthews said this week in reference to Ivanka and Donald Jr., "The president's children stand right in the line of Mueller's investigative progress". "They stand as the next dominoes to fall," saying that Donald Trump's children can "hardly testify cbd products their father."

He went on to say, "Therein lies the problem: Where earlier Mueller subjects have given Trump up, these two[his kids] lack the option to do that".  "[Mueller] will not be stopped and the kids will not fall to him, we see the president's adult children heading to prison."

But this gets even crazier.

The scenario has become a favorite of Washington insiders and mainstream media of late. The Washington Post's "conservative" columnist Jennifer Rubin said last week that Trump is likely planning an 11th hour stunt to avoid going to jail.

“I would predict here on MSNBC that when Trump leaves office he will resign the presidency 10 minutes before Mike Pence leaves office, allowing Pence to pardon him if there is not a Republican president to follow him,” Rubin said on the network’s "AM Joy" show.

Under Rubin's theory, on January 20, 2021 (or, more likely, 2025), Trump will resign the presidency at 11:50 a.m. (the incoming president is sworn in at the Capitol at noon). Then, the vice president will be sworn in as president (he'd have to be), and whip out a presidential pardon, which he'd sign. At noon, poof, Pence is no longer president and Trump is in the clear.

I don't know about you, but this seems like a conspiracy theory in the making.