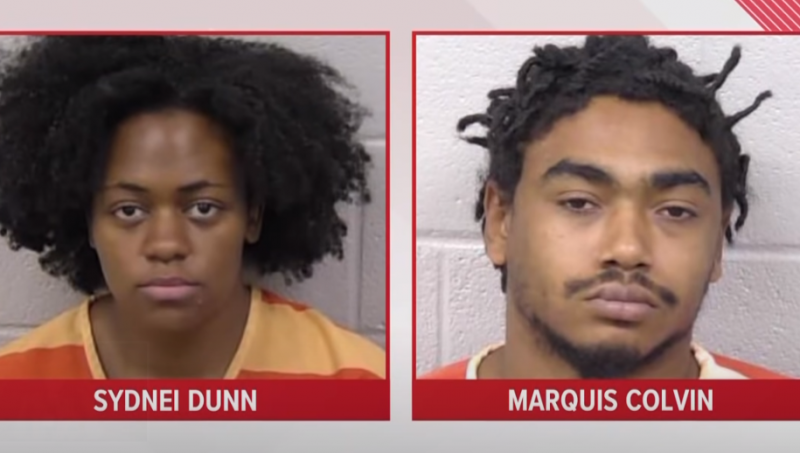 Parents Charged In Death Their Infant, What They're Accused Of Will Make You Sick!

A Georgia couple was charged in the death of their four-week-old baby after the father allegedly put alcohol in the child’s bottle, the Paulding County Sheriff’s Office said Tuesday.

Police were alerted by hospital staff after attempting to save the baby who was brought in by the parents and was nonresponsive. When they questioned the mother, Sydnei Moran Dunn (24), she first claimed that she had been drinking heavily the night before fingering that the baby must have consumed the alcohol from her breast milk.
Things still weren't adding up and their investigation concluded that the baby has a blood alcohol level 4 times higher than the legal limit for an adult. Upon further questioning, police discovered that the baby's father, Marquis Simon Colvin (25), had given the baby alcohol in a bottle.

The Sheriffs office included their findings in a publically released report:

"During the evening of April 13, 2022, Detectives executed a search warrant at 51 Hillcrest Drive Hiram, GA 30141 (Hillcrest Subdivision) which is where the parents of the child live in a basement apartment. During the course of the search warrant, Detectives located evidence of the crime as well as a firearm. Colvin, who is a convicted felon, is not allowed to be in close proximity or possess a firearm.

On April 14, 2022, hospital officials indicated that the child had passed away as a result of its condition. Doctors further advised that the child had a quantity of alcohol in its system that was well over four times the legal limit for an adult. As a result of the search warrant, combined with the interviews of Dunn and Colvin, both individuals were placed under arrest without incident..."

The report included a list of charge each parent now faces:

A local report showed footage of the officers carrying out the infant's bassinet:

Both Dunn and Colvin are being held in the Paulding County Jail without bond where more charges are possibly pending.