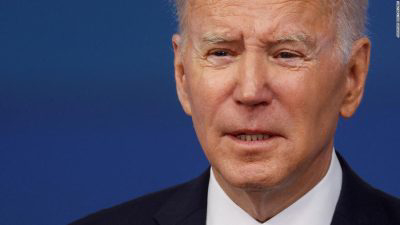 WHOA! Biden’s Chief Of Staff Is Getting Ready To Resign Due….

Biden's chief of staff Ron Klain is expected to step down amid the classified docs scandal.

Klain will step down after Biden delivers his State of the Union address, according to reports.

His exit comes amid another scandal involving Biden’s mishandling of classified documents and government suppression of that information from the public.

Klain, who served for two years in the White House, will remain at his post until sometime after Biden’s SOTU address on Feb. 7.

But given his possible replacements, those qualities probably won’t be in short supply.

As Tucker Carlson highlighted in November, Klain was an authoritarian and a buffoon.

Joe Biden’s White House chief of staff, Ron Klain, will reportedly step down from his role in the administration, with the hunt underway to find a replacement.

Biden chief of staff Ron Klain — nicknamed “the prime minister” in reference to how he is the real decision maker in the White House — is resigning amidst the classified document scandal. Expected to step down by end of Feb.

According to the New York Times, “Mr. Klain has been telling colleagues privately since the November midterm elections that after a grueling, nonstop stretch at Mr. Biden’s side going back to the 2020 campaign, he is ready to move on, according to senior administration officials, and a search for a replacement has been underway.”