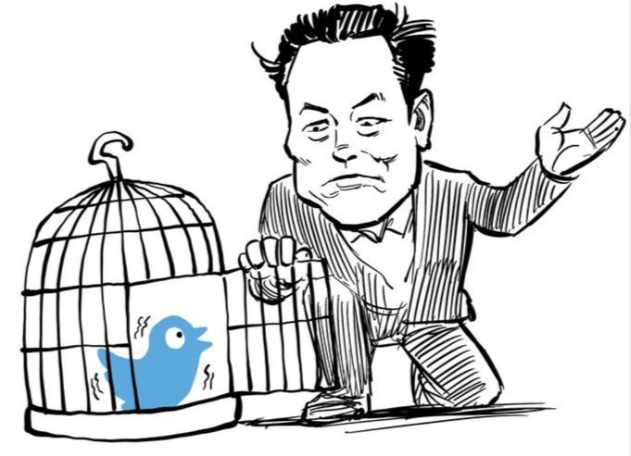 Watching Libs Freak Out Over Musk's Twitter Take Over Is The Best Thing Ever!

Elon Musk clinched a deal to buy Twitter Inc (TWTR.N) for $44 billion cash on Monday in a transaction that will shift control of the social media platform populated by millions of users and global leaders to the world's richest person. The sale kick-started an avalanche of liberal meltdowns.

It is a seminal moment for the 16-year-old company, which emerged as one of the world's most influential public squares and now faces a string of challenges because of its misuse of that power.

Musk, who calls himself a free speech absolutist, has criticized Twitter's moderation. He wants Twitter's algorithm for prioritizing tweets to be public and objects to giving too much power on the service to corporations that advertise.

“Free speech is the bedrock of a functioning democracy, and Twitter is the digital town square where matters vital to the future of humanity are debated,” Musk said in a statement. “I also want to make Twitter better than ever by enhancing the product with new features, making the algorithms open source to increase trust, defeating the spam bots, and authenticating all humans. Twitter has tremendous potential – I look forward to working with the company and the community of users to unlock it.”

Let's start with filmmaker (kinda) Ron Reiner who flipped his lid. I'm mainly sharing this because one user had the best reply:

Reiner: "Now that Elon Musk is buying Twitter, the question for all of us is: Will he allow a Criminal who used this platform to lie and spread disinformation to try to overthrow the US Government to return and continue his Criminal activity? And if he does, how do we combat it?"

In true lib fashion, they made a video LOL

MASHUP! Libs aren’t coping well with Elon Musk buying Twitter. A DOZEN people already deactivated their accounts. How will Elon ever recover from this? pic.twitter.com/EElD8MkteB

Warning: Volume down for this one. It sounds like the 7th level of hell.

How does Musk reply to all the psycho babble? "I hope that even my worst critics remain on Twitter, because that is what free speech means," he said in a tweet on HIS new platform.

An article in the New York Times claims that Twitter employees were left in the dark over the sale and now worry about what this all means for them. I feel like the Twitter police should defiantly worry. The very best they can hope for now is some friendly restructuring. What do you think?

On a personal note, my personal and business accounts were permabanned back in 2018 for sharing article content, but they're back now! THANK YOU VERY MUSK!