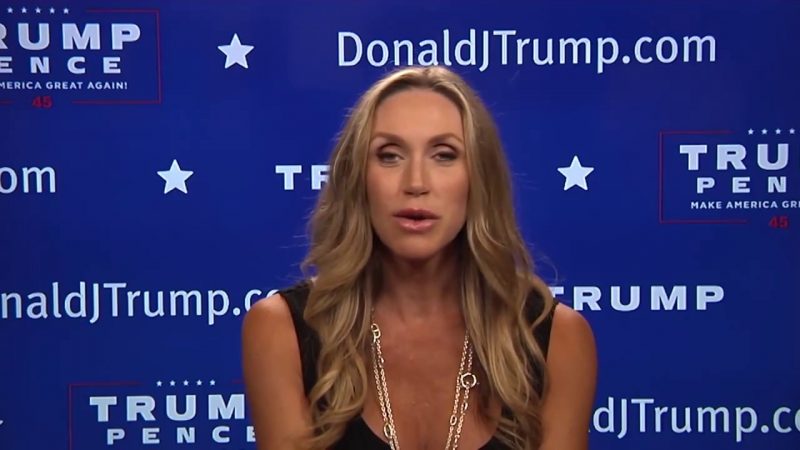 President Trump's daughter-in-law, who is married to his son Eric Trump, gave a warning to any presidential hopefuls who plan to run against her father in 2020.

She said that she's not worried about anyone and doesn't believe anyone can beat him.

Lara Trump said, “Honestly, I am not worried about anybody that has gotten into the race, and I do believe that Donald Trump is going to win by more in 2020 than he did in 2016. I think the reality is it will be so stupid for people to spend their money, to waste their money and time and effort right now, to try and run against him.”

I actually don't understand why there are so many people that have gotten in the race on the Democrat side. I always want to tell them - wait until 2024. Wait till he's out. You're not going to beat Donald Trump.”

I think we as Americans can agree with what she said.

We already see the end result. There is no one in the Democratic Party who even stands a chance at beating Donald Trump in 2020. His numbers have only gone up since he won the election back in 2016, do they really think they're going to have enough supporters to beat the President?

Not to mention how crappy and discombobulated the Democratic Party is right now. They are fighting each other like a bunch of dogs in a cage and all they're ultimately doing is hurting themselves and their chances for winning against Donald Trump in 2020.

And it seems that there is one Republican candidate who is attempting to run against the President right now as well. He's definitely wasting his money as well because he's going to pose no threat against the President either; a president who has fulfilled promise after promise and made good on what he said he was going to do, even with getting the wall built.

Take a look at Lara Trump's interview with Sky News below: