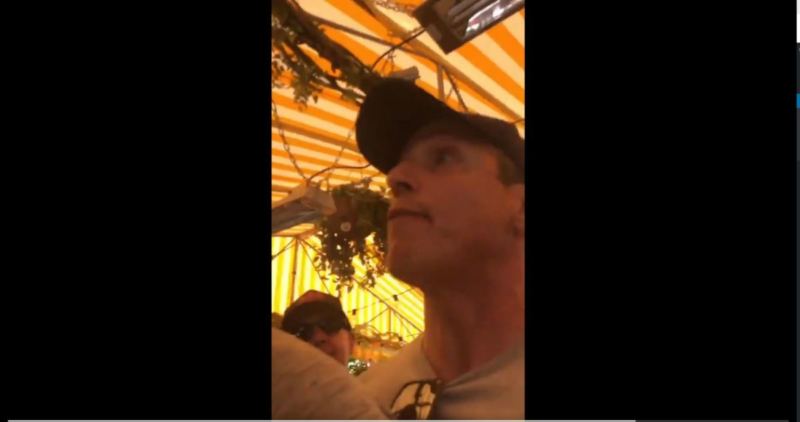 Trump Mock Chris "Fredo" Cuomo After Being Ripped By Guiliani

The President decided to poke at Christ Cuomo by referring to him as "Fredo" multiple times during a meeting with the Singapore Prime Minister.

When Trump was asked about Giuliani's handling of the Ukrainian controversy going on right now, the President responded with the following,

"The press doesn't give [Giuliani] credit because they take little tiny snippets where Rudy was a little bit -- if he mispronounces a word, they'll show that and they won't show the whole. Rudy Giuliani took Fredo to the cleaners. The first time I've watched CNN in a very long time. So I hate to watch it because it's so fake."

The comment of the President calling Cuomo "Fredo" stems from an incident he has last month with someone who called him Fredo to which Cuomo took offense.

"No, punk-ass b----es from the right call me 'Fredo.' My name is Chris Cuomo. I'm an anchor on CNN," a heated Cuomo responded. "'Fredo' was from 'The Godfather.' He was a weak brother and they use that as an Italian slur -- are any of you Italian? It's a f---ing insult to your people. It's an insult to your f--kin' people. It's like the N-word for us. Is that a cool f---ing thing?"

After the man sarcastically told him, "You’re a much more reasonable guy in person than you seem to be on television," Cuomo reacted, "If you want to play, we'll f---ing play."

"If you've got something to say about what I do on television, then say it, but you don't have to call me a f---in' insult," he continued.

"Hey man, listen, I don't want any problems," the man, who appears to be holding the camera from below, told Cuomo.

The man, who has been described on social media as a "Trump supporter," repeatedly claimed he thought Cuomo's name was "Fredo." The anchor responded by calling him a "liar" and told him to "own what you said" and "stand up like a man."