Last year was pathetic. BLM and Antifa attacked numerous blue cities while Dem leaders sat on their hands afraid they might be called out for police brutality as "peaceful protesters" threw Molotov cocktails and took over city blocks. But now that Biden is in office and it's just Antifa, not BLM, they are actually doing their jobs...

"Last night, after a large group of Antifa goons marched around the city smashing windows, police surrounded all 100 of them and would only release them one at a time after photographing their faces. Some in the group refused and 13 people were arrested.

“Those that were being detained were identified and photographed, as part of a criminal investigation, before being released,” PPB said in a release early Saturday. “Some refused to comply and locked arms together in an effort to interfere with the investigation. Officers escorted them away and they were arrested.”

“As the event unfolded, groups formed on the outside and physically challenged officers. Some threw rocks and full cans of beer at officers,” PPB said. “Officers deployed some OC spray and one impact munition.”

The tactic the police used last night is known as kettling and is very unpopular with the far left because it works."

" Police haven’t used this tactic in years in Portland and Antifa didn’t know what to do when they suddenly couldn’t get their way."

So is it rioting is only ok under Trump? or is it that Portland is afraid of black people? Portland should have been enacting the same tactics last year. This shows that there was no reason for the riots to have gotten so out of hand last year. A countless number of people were illy affected by the riots last year and it appears it was completely unnecessary. 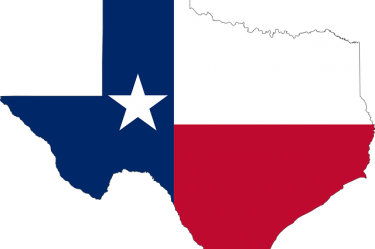 Homicide Skyrockets In Texas City, They Should Have Known Better

NYPD Calls Out The Left For Stopping Them From...