Oregon Governor Wants Her Constituents To Snitch On Each Other.

We are still in a pandemic and according to the media we are spiking again. So Dems are of course overreacting. New York Governor Cuomo, California Governor Newsom, and Oregon Governor Kate Brown are putting restrictions on the family holiday, Thanksgiving. They claim that they are trying to prevent the spread of COVID but really it seems they are just trying to isolate Americans unnecessarily, especially when it comes to Thanksgiving. Brown is planning to charge her constituents if they decide to gather in groups bigger than six. She is also encouraging residents to rat each other out.

When asked by a local news broadcast Brown admitted she is counting on her constituents to snitch on each other.

“Do you want people calling the police on their neighbors, non-emergency lines or 911?” KGW’s Maggie Vespa bluntly asked.

“Look, this is no different from what happens if there’s a party down the street and it’s keeping everyone awake,” Brown said. “What do neighbors do? They call law enforcement because it’s too noisy. This is just like that. It’s like a violation of a noise ordinance.”

“But that could be a yes,” Vespa pointed out.

“For the next two weeks in Oregon, and four weeks in Multnomah County, residents are banned from eating out at restaurants and going to the gym, among other restrictions,” the Daily Mail notes. “Those who break the rules could face up to 30 days in jail, $1,250 in fines, or both.”

This is just absurd. Americans have the right to spend time with their families. Brown should instead be advising people don't gather if they are showing symptoms or had contact with someone infected. But instead, she is overreaching into the homes of Americans and that is just not acceptable. She is also encouraging neighbors turn on each other. What's next? Is she going to start imprisoning people who don't wear masks? This is a Slippery slope... 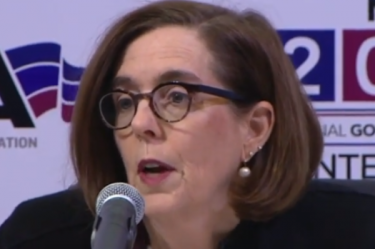 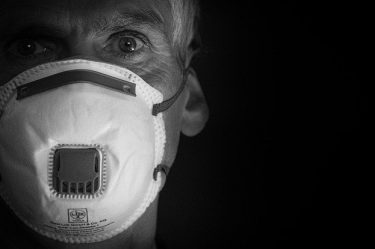