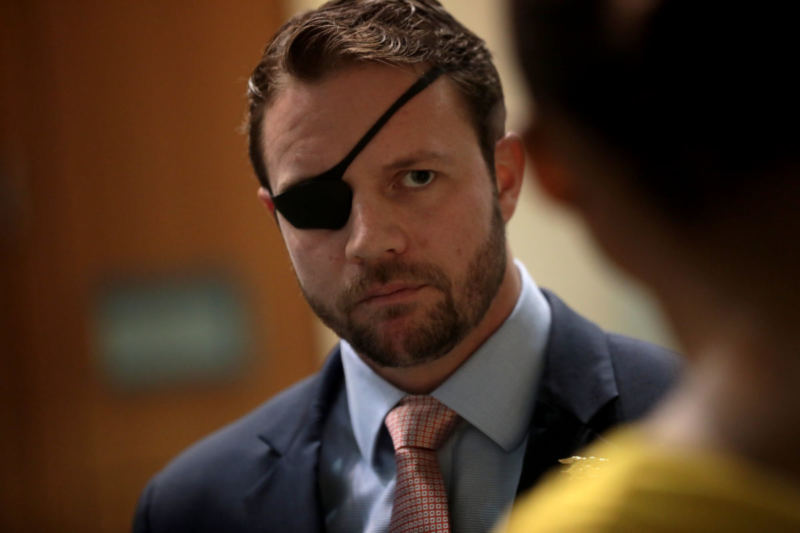 Representative Dan Crenshaw has been taking up his own pulpit lately an getting into the Bible.

This time he fired back at the Democratic National Committee's new pastor they hired to try and appeal to the religious left.

Rev. William Barber told the crowd, "When we embrace moral language, we must ask, does our policy care for the least of these? Does it lift up those who are most marginalized and dejected in our society? Does it establish justice? That is the moral question. If someone calls it socialism, then we must compel them to acknowledge that the Bible must then promote socialism. Because Jesus offered free healthcare, and he never charged the leper a co-pay."

I'll tell you right now, this man does not understand the Bible nor the Constitution.

Dan Crenshaw shot back at the Pastor on Twitter,

Deliberate misreading of Biblical principles by DNC to promote socialism. 👇

The Bible teaches charity with one’s own time and money.

Socialism teaches charity with other people’s time and money.

Deliberate misreading of Biblical principles by DNC to promote socialism. 👇

The Bible teaches charity with one’s own time and money.

Socialism teaches charity with other people’s time and money.

As a very devout Christian, seminarian, and one who specifically studies God's law and how it applies to society today, let me break down for you as simply as possible why I as a Christian am against Socialism.

It's not because it fails every time, although it does. It's because at it's very root, Socialism is unjust.

By what standard do I say that it is unjust? By the standard of what God has revealed in the Bible.

In order to provide healthcare for everyone, you must force Americans to pay for it through higher taxes against their will. This is stealing and is a violation of one of the Ten Commandments which is at the heart of the moral law.

The Bible is replete with what we call "case laws" wherein the overarching idea for justice is the "lex talionis" which you've probably heard it referred to as something along the lines of "an eye for an eye, a tooth for a tooth". The principle isn't about revenge, it's about restitution.

If someone stole from you and was caught, by the standard God has given us, that person should repay you double. If they stole but returned it before they were caught, they would be required to repay you what they stole plus 20%.

One more thing to note is that charity is better done when the government gets out of the way. Multiple times I've seen videos of police shutting down people who are trying to feed the homeless. That's the government for you.