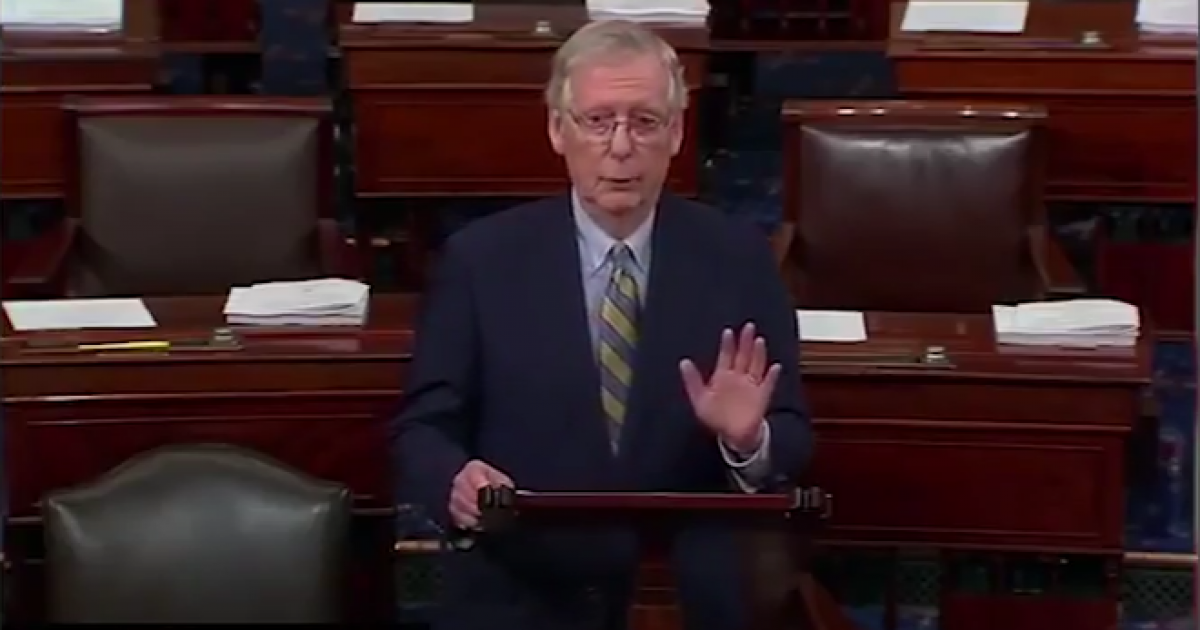 Mitch McConnell Blocks Resolution To Release Mueller Report, But Not Why You Think He Did

Senate Majority Leady Mitch McConnell blocked a resolution that was voted on by the House and passed unanimously which called for the public release of Robert Mueller's report from the investigation regarding Russia and collusion.

Under Senate rules, any one Senator can try and pass a resolution or set up a vote. Likewise, any one senator can block that request. Kind of a difficult system to understand entirely.

Senate Minority Leader Charles Schumer (D-N.Y.) asked for unanimous consent for the nonbinding resolution, which cleared the House 420-0, to be passed by the Senate following Mueller's submission of his final report on Friday.

"Whether or not you're a supporter of President Trump ... there is no good reason not to make the report public," Schumer said from the floor. "It's a simple request for transparency. Nothing more, nothing less."

But McConnell objected, noting that Attorney General William Barr is working with Mueller to determine what in his report can be released publicly and what cannot.

Senator McConnel said, "The special counsel and the Justice Department ought to be allowed to finish their work in a professional manner. To date, the attorney general has followed through on his commitments to Congress. One of those commitments is that he intends to release as much information as possible."

"It's not unreasonable to give the special counsel and the Justice Department just a little time to complete their review in a professional and responsible manner," McConnell also added.

So what was the point of the resolution exactly? The Blaze sums it up well saying,

Mueller just turned in his final report on Friday. Still, congressional Democrats are already stoking fears that the report might for some reason be suppressed from the public, despite Attorney General William Barr's assurances that he would seek to release as much of the report as he legally can.

Barr is working with Mueller to determine what parts of the report might need to remain classified.

So, the resolution, which would have been nonbinding, was essentially for show. After McConnell blocked it, Schumer attempted to frame it as if McConnell was somehow working against the release of the report, which is inaccurate.

I agree. Democrats just need to be patient. We're going to get as much out of this report as possible. Everyone wants it public, Democrats and Republicans alike. There are just some things that are going to be private that shouldn't get out to the public like phone numbers, addresses, etc.