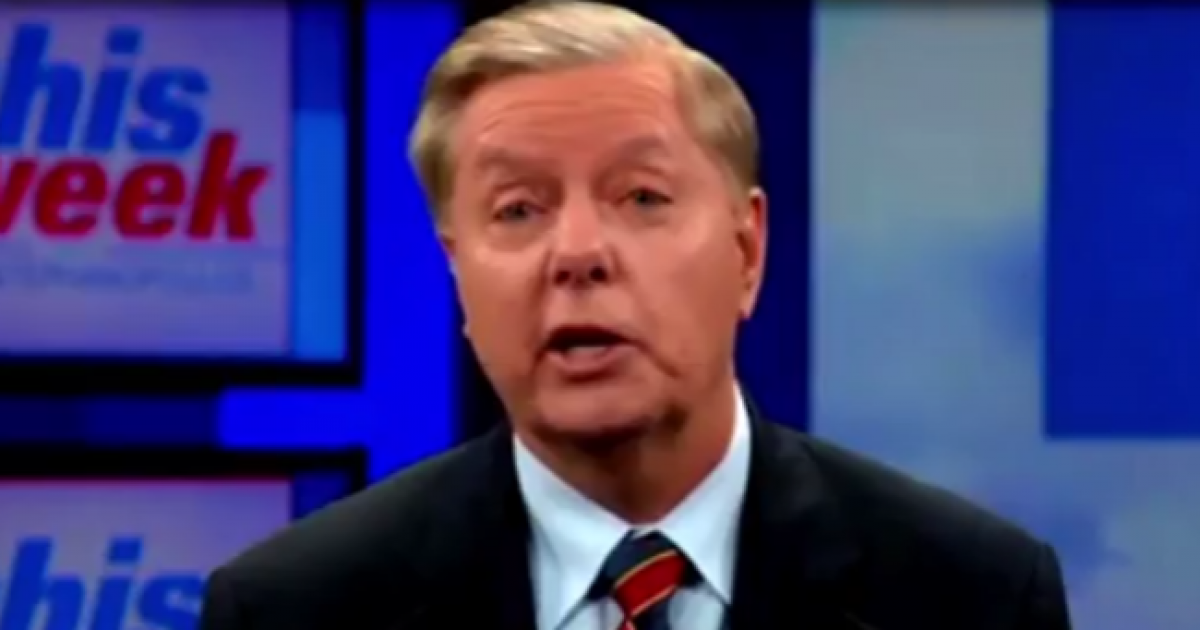 Lindsey Graham Calls for Investigation of the FBI and DOJ

One of the biggest RINOs today is Senator Lindsey Graham.

Well, at least for now, it seems like he's on the good side.

After the Mueller Report was released, Senator Graham declared that he wants to see the FBI and DOJ investigated for their abuse of power.

Graham personally received assurances that Attorney General William Barr will testify before the Senate Judiciary Committee to answer questions about Mueller’s report, which — according to a four-page memo from Barr — did not find evidence of collusion or attempts by Trump to obstruct justice. The senator also said he wanted as much of the full report to be released to the public as possible.

But Graham also said he would soon ask Barr to appoint a special counsel to determine whether the Obama administration’s Department of Justice unlawfully obtained a warrant to spy on a Trump associate as a way to help bolster Clinton, Trump’s 2016 Democratic challenger. That special counsel, Graham said, might also look into the Obama-era FBI’s handling of an investigation into Clinton’s use of private emails.

Senator Graham said, "The FISA warrant issued against Carter Page based on a dossier prepared by Christopher Steele is at a minimum disturbing. I'm going to get answers ... if no one else cares, it seems to be Republicans do."

.@LindseyGrahamSC says he wants to know how the Mueller probe started.

"The FISA warrant issued against Carter Page based on a dossier prepared by Christopher Steele is at a minimum disturbing. I'm going to get answers ... if no one else cares, it seems to be Republicans do." pic.twitter.com/0uGuef4YRp

Sen. Lindsey Graham said Monday he intends to uncover whether there was any wrongdoing by the Obama administration and Hillary Clinton’s campaign now that special counsel Robert Mueller’s probe found the Trump campaign did not conspire with the Russians.

Graham said he wants more answers on the “shady behavior” of Democrats and Obama administration officials during the 2016 presidential campaign.

“When it comes to the [Foreign Intelligence Surveillance Act] warrant, the Clinton campaign, the counterintelligence investigation, it’s pretty much been swept under the rug except by a few Republicans in the House. Those days are over. Going forward, hopefully in a bipartisan fashion, we’ll begin to unpack the other side of the story,” Graham said at a news conference.

Even though it seems like Lindsey Graham can't decide if he loves President Trump or not, he's at least on our side for now. Let's just hope he keeps it that way.