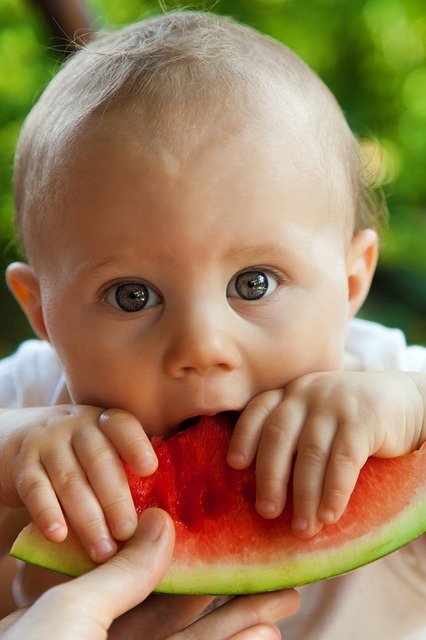 This story just blew my mind—A couple desperately trying to have a child of their own conceive a healthy baby through invitro. Sounds like a happy story, right? Well, apparently not for a lesbian couple in Buffalo New York. The couple is apparently Suing the CNY fertility clinic in Latham and in a statement shared on New York Post, likened the procedure to 'rape'.

Sounds like something horrific happened, right? Wrong. The couple is suing because they wanted a girl but gave birth to a perfect little boy. My mind goes to all the families currently struggling to conceive. My next thought is about this poor little boy. Once you hear how the women really feel about having a boy—You'll be worried for him too.

Heather Wilhelm-Routenberg and Robin (Robbie) Routenberg-Wilhelm were distraught, depressed, and outraged at the thought of raising a boy. Heather told the news outlet that she became 'suicidal' after the baby boy was born.

Their distress began at the 15-week appointment when the couple learned their baby's gender.

“I looked at Robbie and said, ‘What’s if it’s not yours — who is in my body?!’ That’s when I flipped out, that’s when I felt my body was taken hostage,” Heather told Amy Klein at the post. “I assumed it was someone else’s embryo, not the wrong embryo of ours.”

“It scared the s*** out of me. I don’t know how to explain this — it felt like there was an alien living inside of me,” she continued. “I said to Robbie, “If this is someone else’s kid, we will have to give it back.”

The OB offered to kill the unborn baby but Heather was holding out hope that she was inseminated with the wrong embryo, “hoping beyond hope someone would have our baby and we would switch after birth and it would be this happy story.”

“We scheduled an ultrasound for the next day,” Heather said. “That was the worst night of my life. I had this overwhelming sense of immobility. I remember lying in my bedroom, thinking, ‘This can’t be happening!’ Not only was the baby in my body not ours, but the baby in my body was male and he was put there against my will, just like rape.”

Heather told the outlet that they chose the CNY fertility clinic because they were the only ones willing to guarantee the gender of the baby. The disgust apparently relates to the sexual assaults Heather experienced previously.

“We didn’t want to have a boy because of the assaults and because of the socialization of boys — there’s constant socialization of what it means to be a ‘real man,’” Heather told Klein. “People say, ‘Oh, he’s a boy, let him hit you,’ and all the camouflage and guns don’t help. It reinforces masculinity, and that’s a reminder of the assaults every time.”

The couple waited, in denial, for genetic testing that would prove the little boy was not theirs.

“During that time, I had no connection to the baby inside — I figured I would be giving it away to its real parents. I tried not to think about being pregnant,” she recalled.

Guess what, though? Unfortunately for the boy, these are his parents. Tests proved that the baby was biologically 'Robbie's".

“That was the most isolating thing — that we had a healthy baby, but I had no emotional connection and now I had to wrap my head around having a child forever that I wasn’t planning on,” Heather told the Post.

“The whole pregnancy, I couldn’t connect to the baby. I hate saying that. It’s painful. It was a terrible experience.”

Heather said she felt nothing for the baby boy—EVEN AFTER HE WAS BORN!

“I started experiencing extreme anxiety. I would look at the baby and it would contort into the faces of all these grown men that I know,” Heather said. “It was so creepy. Whenever that happened, I had to give the baby to Robbie.”

She continued, “I literally thought I was going insane. There were several incidences of suicidal ideation, some of which were very dangerous. I had complex postpartum depression.”

Heather says she's grown to appreciate the little guy, now that he's a year old. “He’s a lovely kid,” she said. “He smiles just like Robbie, he has Robbie’s dimples, and that makes it easier…he’s been an easy baby.”

The two women complained that they have to work harder to program the 'toxic masculinity out of the boy.

“Even though I don’t have Heather’s trauma and re-traumatization, it was also hard for me to connect,” Robbie said of the child. “It’s not only about the in-utero and birth experience, it’s about the socialization that a boy has in the world — even while we fight against these social norms, this repeated narrative of forced masculinity — and we did not sign up for that.”

“We both love our child but we have had to work harder than anyone should have to work to make sure we are all alive,” she added.

The way she phrased that last sentence just did not sit right with me. What do they mean by claiming they have to "work to make sure we are all alive?"