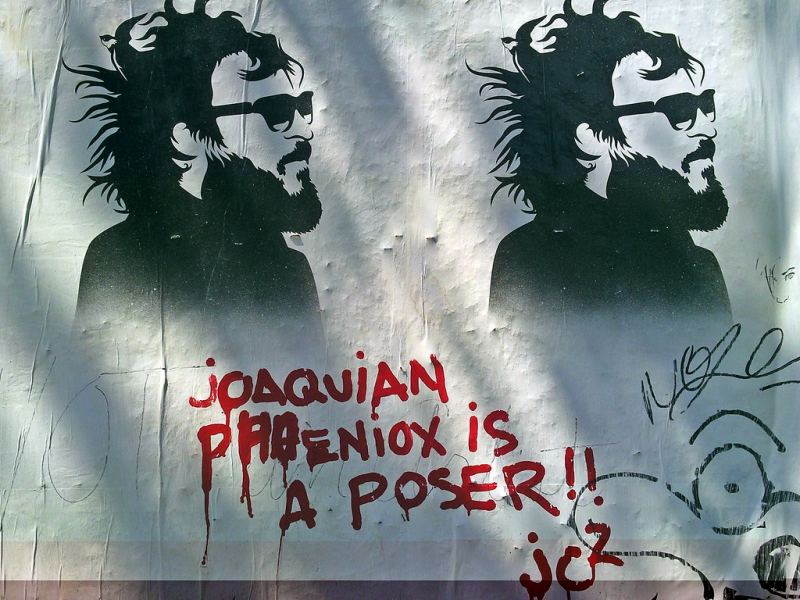 There is a passage in the Bible located in the Gospel of John about Jesus healing a man and restoring his vision. The mind had been blind since birth.

As he passed by, he saw a man blind from birth. 2 And his disciples asked him, “Rabbi, who sinned, this man or his parents, that he was born blind?” 3 Jesus answered, “It was not that this man sinned, or his parents, but that the works of God might be displayed in him. 4 We must work the works of him who sent me while it is day; night is coming, when no one can work. 5 As long as I am in the world, I am the light of the world.” 6 Having said these things, he spit on the ground and made mud with the saliva. Then he anointed the man's eyes with the mud 7 and said to him, “Go, wash in the pool of Siloam” (which means Sent). So he went and washed and came back seeing. - John 9:1-7 (ESV)

The passage is a wonderful account of the great works of God through Jesus Christ.

Joaquin Phoenix is playing the role of Jesus in an upcoming film set to be released on Good Friday. Not exactly who I'd pick to play the role, but that's neither here nor there.

“I knew about that scene from the Bible, but I guess I had never really considered it. When I got there, I thought, ‘I’m not going to rub dirt in her eyes. Who the f--- would do that?’ It doesn’t make any sense. That is a horrible introduction to seeing.”

I'll tell you who would do that, the Son of God, that's who.

Rather than making mud for the miracle, Phoenix decided it would be better to simply lick his thumb and rub the eyes of the woman (not the man because the role is played by a woman instead, just one more thing that's wrong in the movie).

This is one arrogant man to insult the living God and think he could do better than Jesus himself by licking his thumb instead.