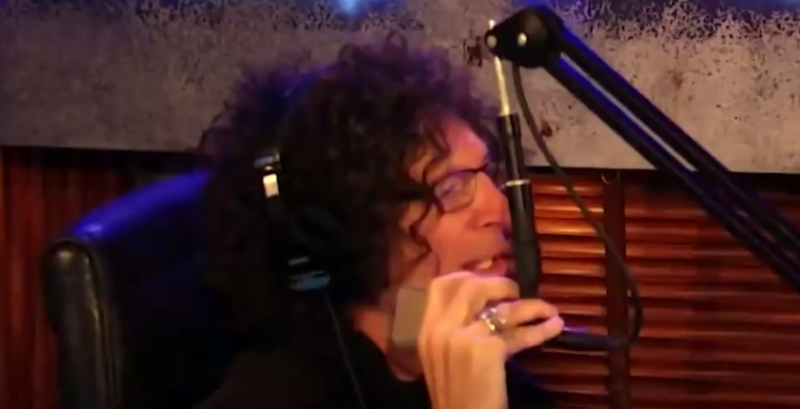 Howard Stern Blows A Fuse: 'The Wackos Are Winning!'

While I have never, personally, been a huge fan of talk show host Howard Stern even I have to admit he used to be fearless. That was before the pandemic. Now the yellow-bellied loon blew a fuse, last week, as lawmakers roll back mask mandates. The idea that the world will ever return to any sense of normal, clearly scared the hell out of stern as he raved, "the wackos are winning!"

“You’ve got all these wackos with their anti-mask, anti-vaccine – The reason they’ve lifted these mask mandates is because we gave into this small minority of people who are completely out of their f*****g mind who think masks are some sort of prison sentence and their freedoms are being taken away,” Stern railed.

Stern later added: “There’s so many wackos. I miss the old Republican Party. It used to be nice to have a two-party system. Now it’s wackos versus, you know, Democrats. The wacko party. And still to this day, and I hate to say it, only 65 percent of Americans are fully vaccinated, and I can’t help but think the wackos are winning.”

In addition to demanding endless mask mandates, Stern has also recently berated Oprah Winfrey for celebrating Christmas and begged the federal government to step in and punish the unvaccinated.

Stern also stated that “when they focus on these battles, then that becomes big news,” and “politicians get scared.”

“The whole thing’s so f*cked up,” Stern said.

The Centers of Disease Control announced that cloth masks and surgical masks are useless in preventing the spread but some are so afraid to step outside without them, they continue to use them anyway.

What's even crazier, is that these same people have turned the CDC's announcement into a political weapon, claiming that 'lawmakers' are somehow behind the decision to unmask the country—as if the CDC didn't make the call, at all. If anything, the lawmakers fighting to remove mandates are just simply following the science and updating restriction to reflect the evidence.