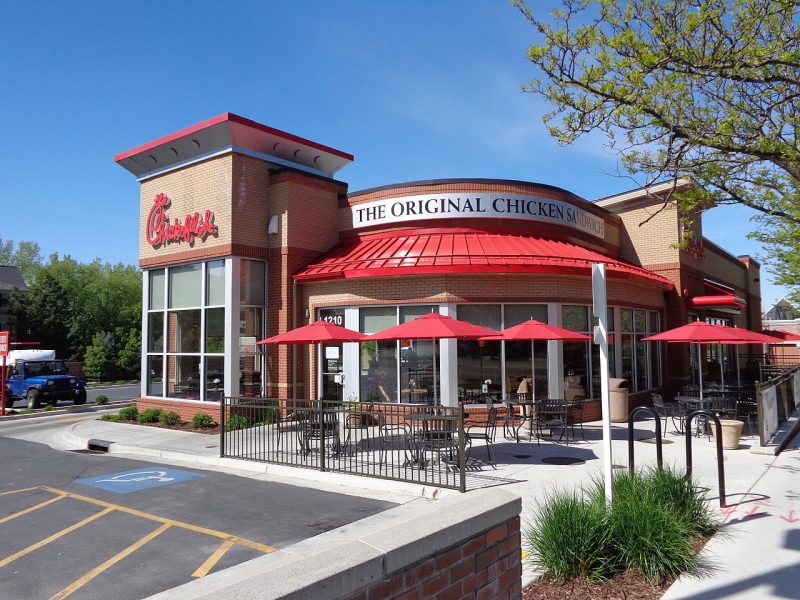 Here's How Much The LGBT Boycotts Matter To Chick-Fil-A

Chick-fil-A seems to be constantly under attack or is being boycotted against by liberals and especially those in the LGBTQ community.

But that doesn't seem to be slowing Chick-fil-A down one bit.

In fact, it seems to only be increasing their business exponentially.

Chick-fil-A has more than doubled its annual sales since gay rights advocates called for a boycott of the chicken chain restaurant after it was revealed nearly a decade ago that the company donated to organizations that opposed same-sex marriage.

Today, there are now over 2,400 locations of the spread out across the country and it's only continuing to grow.

Again, this is in spite of the constant calls for boycotts from the LGBTQ community which stretch back at least to 2011.

"The controversy began in 2011 when Towleroad, a blog focused on news about gay and transgender issues, posted the headline: “If you’re eating Chick-fil-A, you’re eating anti-gay.” The headline was in response to the company’s support of a seminar hosted by the Pennsylvania Family Institute, which opposes same-sex marriage." (Examiner)

Let this be a reminder to you all...we are NOT the minority of Americans.

While we may be portrayed in the media as the minority of people in the United States by our standing for traditional marriage and speak out against the mentally damaging transgender illness, we are not.

There is no way that Chick-fil-A would be standing today if the LGBTQ community were truly that big, or if Americans were against Chick-fil-A's Christian values. But as it stands, Chick-fil-A stands as the example of what a good ethical business should be, and they're reaping their reward for it...and all by only being open 6 days a week compared to every other franchise being open 7 days a week and some 24 hours a day.