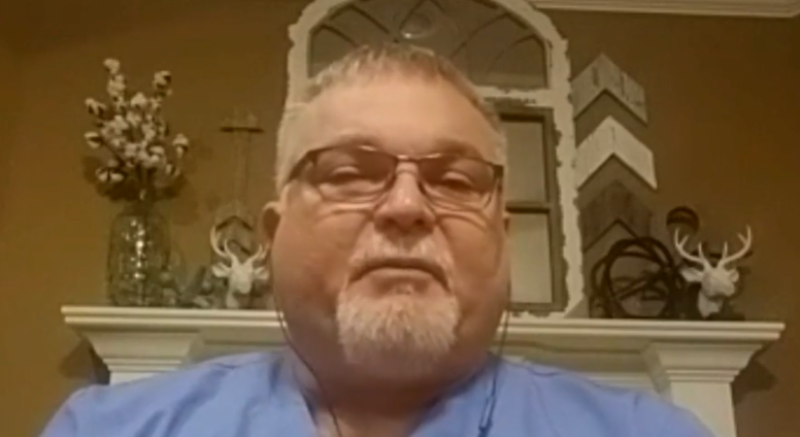 David Hathcock has quite the story to tell. The US veteran was homeless for a stent after servicing in the military. He says he came back to nothing. Lost without support, Hathcock, like many who served in active duty, developed depression and subsequential drug addiction.

Now clean and on his feet again, the veteran works as a VA nurse- still serving his country helping his brothers and sisters in arm in the best way that he can. He said that Biden's new grand placing immigrants ahead of US soldiers is just 'heartbreaking'.

Biden granted $86.9 million to provide housing (including hotel stays) for illegal immigrants. Meanwhile, about 1.4 million veterans, meanwhile, are considered at risk of homelessness due to poverty, lack of support networks, and dismal living conditions in overcrowded or substandard housing. A recent report showed some 37,878 more veterans were living on the streets- but Biden can't put the same energy into saving them?

"What I don’t understand is why we can allow our greatest heroes, our American veterans that have gone to fight for this country, that have gone and put their lives on the line and then they come back home and have nowhere to go," Hathcock told "Fox & Friends First" on Tuesday. "And this administration is putting more money into people that have never contributed to this society and to me that is very heartbreaking."

Hathcock, added, "being a homeless veteran myself, I needed all the help I could get."

"That shows a lot that we need to do more," Hathcock concluded.

Jeffery Kuhner from WRKO echoed the veteran's disgust, adding that Biden isn't just ignoring our veterans but our active service members. Particularly pointing to the mistreatment of the National Gaurd troops currently sleeping on the floors at the Capitol. Just so, DEmocrats can 'feel safe' from the scary conservatives...

"In Biden’s America, illegal migrants are eventually put in hotel rooms, but our National Guard troops in Washington, D.C. are made to sleep on the floor in a freezing parking garage and fed contaminated food—raw chicken and beef, some containing metal shavings. It is more than a national disgrace. It is an act of civilizational self-loathing, the expression of utter contempt and hatred for the United States and its citizens," Kuhner wrote.

Adding that "The Democrats’ goal is obvious: To use mass illegal immigration as a weapon to demographically and culturally transform America, thereby establishing permanent one-party rule. This is why Biden is considering flying tens, if not hundreds, of thousands of illegal migrants from the southern border to the northern Canadian border, where they will be processed by U.S. Customs and Border Protection. From there, they are to be resettled in the red states bordering Canada—North Dakota, South Dakota, Wyoming, Montana, and Idaho. The radical left will flood our country with Third World illegal aliens, hoping to flip every Republican state blue."

Clearly, Biden never planned to be a pro-military president. Just look at the deplorable conditions in which the National guardsmen are suffering while camped out at the Capitol protecting Democrats from a very unlikely attack. It's sickening, really.