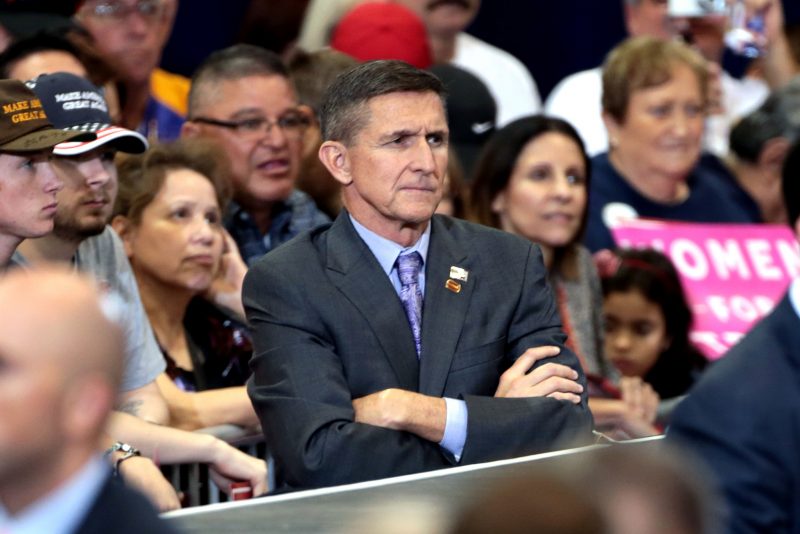 The judge ordered that the documents be submitted by no later than 3:00 pm Friday, December 14.

The federal judge who will issue a sentence against Michael Flynn next week wants to review FBI documents related to a fateful White House interview that the retired lieutenant general gave to two FBI agents just days into his tenure as President Donald Trump’s national security adviser.

District Court Judge Emmet G. Sullivan on Wednesday ordered Flynn’s lawyers to hand over two documents: a memo that then-FBI Deputy Director Andrew McCabe wrote after speaking with Flynn ahead his Jan. 24, 2017 interview with two FBI agents and the FBI summary of notes taken during that same interview.

That summary, known as an FD-302, was compiled on Aug. 22, 2017 by the two FBI agents who interviewed Flynn. It is unclear why the summary was put together seven months after the Flynn interview.

This sudden interest by the judge comes after some claims issued by Flynn's lawyers which were submitted Tuesday of this week.

From the Washington Examiner,

Citing McCabe's account, the sentencing memo says that shortly after noon on Jan. 24 — the fourth day of the new Trump administration — McCabe called Flynn on a secure phone in Flynn's West Wing office. The two men discussed business briefly and then McCabe said that he "felt that we needed to have two of our agents sit down" with Flynn to discuss Flynn's talks with Russian officials during the presidential transition.

McCabe, by his own account, urged Flynn to talk to the agents alone, without a lawyer present. "I explained that I thought the quickest way to get this done was to have a conversation between [Flynn] and the agents only," McCabe wrote. "I further stated that if LTG Flynn wished to include anyone else in the meeting, like the White House counsel for instance, that I would need to involve the Department of Justice. [Flynn] stated that this would not be necessary and agreed to meet with the agents without any additional participants."

This isn't the first time the FBI has used dirty tactics to try and entrap a Trump official, and likely will not be the end of this story even after sentencing Monday.