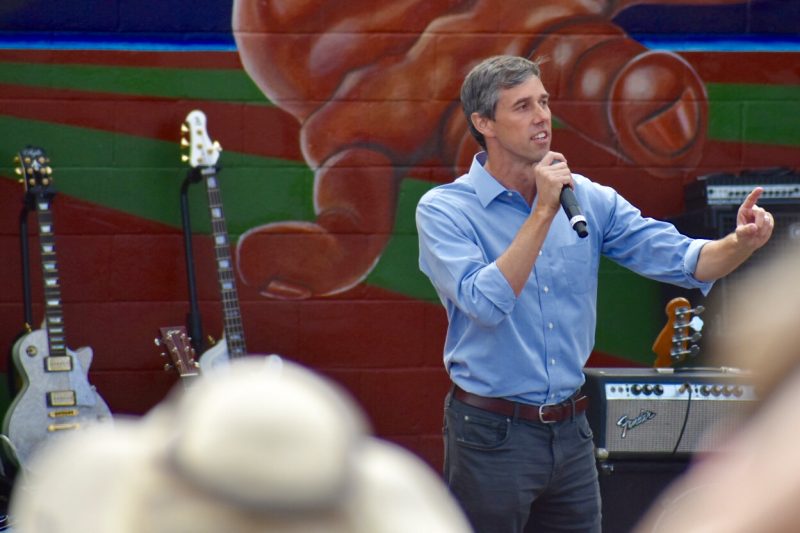 Democratic Representative Beto O'Rourke, who could possibly run for President in the 2020 elections is already ruining his chances at a decent run before it's even started.

Beto says some stupid things and sometimes he just doesn't really know what to say at all. He's just really not the best with words.

I actually enjoy the way CNN puts it,

"That's a problem when you're like, 'It will be a wall,' or 'It will be this,' or 'We can only do it with this,'" O'Rourke said when asked why he doesn't have firm stances. "The genius is we can nonviolently resolve our differences, though I won't get to my version of perfect or I, working with you, will get to something better than what we have today..."

Which sounds good! In theory!

The problem that emerges in the story for O'Rourke is that he comes across as something of a lightweight -- all style and no substance. The answer to every policy question can't simply be, "Man, I don't know. We are going to have to talk to everyday Americans and then roll our sleeves up and get something done for the country." That's not how politics works -- not now and not ever.

Here's what he had to say about the Constitution,

"I'm hesitant to answer it because I really feel like it deserves its due, and I don't want to give you a -- actually, just selfishly, I don't want a sound bite of it reported, but, yeah, I think that's the question of the moment: Does this still work? Can an empire like ours with military presence in over 170 countries around the globe, with trading relationships ... and security agreements in every continent, can it still be managed by the same principles that were set down 230-plus years ago?"

But it does seem that a lot of his answers to questions are basically, "I don't know".

Don't get me wrong, I hope he wins the nomination and President Trump destroys him at the polls.