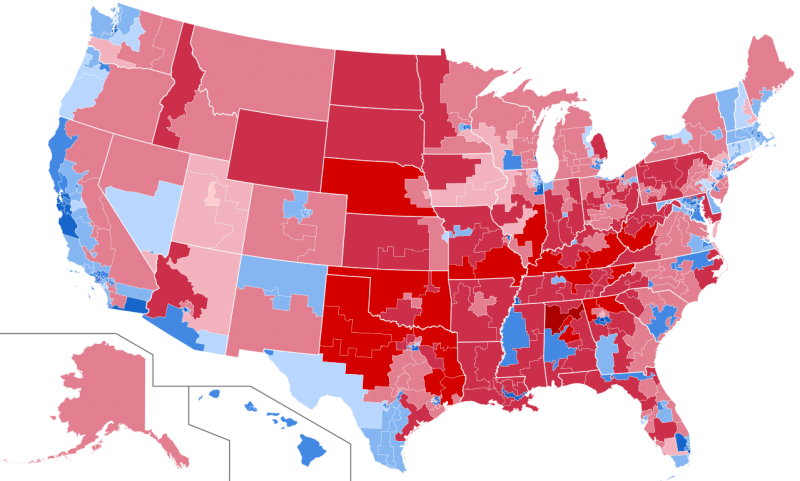 Colorado Makes Move To Eliminate Electoral College, What This Means For Our Future

Individual states are causing this country to become closer and closer to destroying our foundations.

Colorado is set to become the 12th state to vote in favor of eliminating the electoral college.

On Sunday, the Democratic governor of Colorado, Jared Polis, stated that he would sign a bill allowing his state to circumvent the Electoral College, giving his state’s electoral votes to whomever won the national popular vote, thus allowing population heavy areas to determine the presidential election.

Polis told The Hill that he viewed the Electoral College as an “undemocratic relic,” adding, “I’ve long supported electing the president by who gets the most votes. It’s a way to move towards direct election of the president.”

If states whose electoral count totals 270 votes vote similar to the proposed Colorado bill, then they would combine their electoral votes and award them to the national popular vote winner, thus making that candidate the president. Currently, the number of electoral votes totaled in favor of such a position total 172, including 12 blue states and the District of Columbia. 11 more states have bills in their legislature similar to Colorado’s; their combined 89 electoral votes would put the proposal over the top.

John Koza, who chairs National Popular Vote, claimed, “Under a national popular vote, the 38 nonbattleground states long ignored by presidential campaigns will be powerful again, because no candidate can win 270 electoral votes and the White House without also winning the popular vote across all 50 states and the District of Columbia.”

Take a few minutes to watch this video and understand why the Electoral College is so important.

Breitbart has the following to say about the bill:

The Democratic-majority Colorado state Senate passed a bill this week that would give the state’s electoral votes in presidential elections to the candidate who wins the popular vote instead of the Electoral College.

Colorado’s Senate passed the bill in a 19-16 vote Tuesday along party lines.

The bill would mandate that the state’s members of the Electoral College vote for the presidential candidate who wins the popular vote.

Under current state law, the state’s electoral college members cast their vote for the candidate who wins the election in Colorado.

The legislation, sponsored by state Sen. Mike Foote (D-Lafayette), would have allowed Colorado to join the National Popular Vote Interstate Compact with 11 other states and the District of Columbia.

“This really isn’t a red versus blue idea. This is about making sure that the president of the United States is elected by the entire nation, not just a handful of ‘battleground states’ that get to decide our presidential elections under the current system,” Foote said of the bill in a statement. “All of Colorado’s voters should be heard, regardless of whether or not we are considered a battleground state.”

If enough states sign onto the compact, it would change the outcome of presidential elections by awarding all electoral votes to the winner of the popular vote.

One of the key things that Democrats are forgetting, is that we're voting at States of the Union, not as one giant group. Essentially, each election period is actually 50 elections occurring simultaneously.