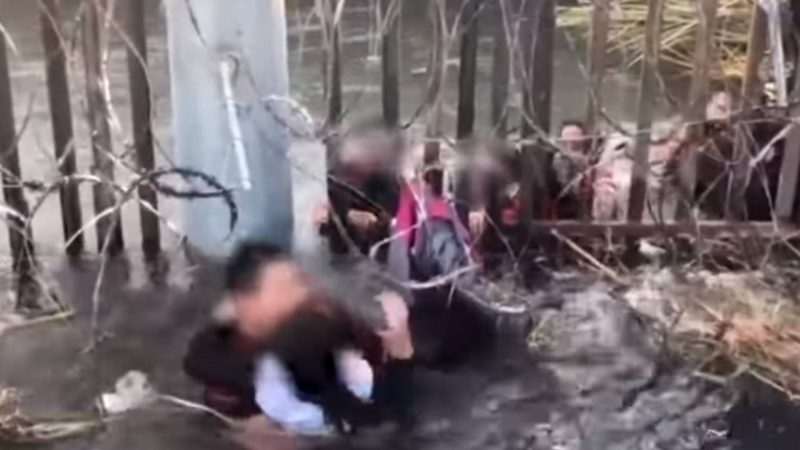 BUSTED! Another Lie From Democrats About The Border Debunked!

How long now have the Democrats been trying to feed us this garbage narrative about the Border?

Actually, they've been trying to feed us multiple stories about it.

First, the Democrats were claiming that there is no crisis at the border. "The whole thing is fabricated," they said. Now they actually acknowledge that there is a big crisis as the border and so they've flipped their story to fit their objective of demonizing President Trump.

The whole reason they said that there was no crisis was to make President Trump look like a liar and that he's just trying to get money so he can be "racist".

Now that they acknowledge the problem, they're talking about how terrible things are down there and how it's all his fault.

First of all, the only reason that the conditions are sub-par is that when Trump was asking for money for the border, the Democrats said that there is nothing happening down there and therefore needs no money.

They are also in an uproar about how President Trump is supposedly "killing" the immigrants with his border policies. However, the numbers actually say the exact opposite.

According to Fox News, deaths have actually been declining under President Trump for the past 2 years:

According to statistics compiled by the United States Border Patrol, there were 298 border deaths in 2017 and 283 in 2018, making it an average of 291 per year. The average yearly deaths under President Obama stood at 372 and 382 under the Bush administration.

However, as an analysis by National Review highlighted, Trump also likely benefitted from a drop in overall illegal border crossings, a trend that was sparked during Bush’s second term.

“But the reality is that deaths at the U.S-Mexico border decreased after Donald Trump became president,” the analysis stated. “The fact remains that the totals from 2017 (298) and 2018 (283) are two of the lowest since 1999 – and there was no mass outcry in earlier years with much higher numbers.”

Again, the only reason they're saying anything now is that they hate the President. It's as simple as that.