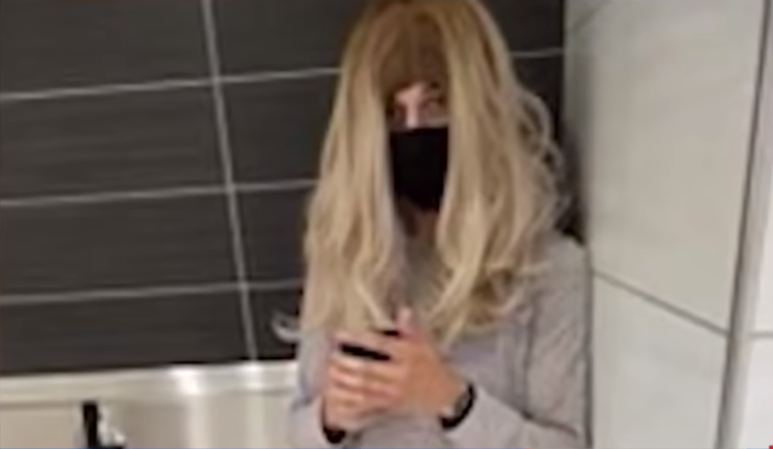 This is what happens when you infringe upon women's rights. Amazon decided to be all woke and allow confused men into the lady's room. So Jacob Guerrero decided to take advantage of the policy and pretended to be a woman so that he could secretly take recordings of females' privates. He got himself a bad wig and attached a pen camera to his shoes to record the women. The Rhode Island man now faces charges for the possession of child pornography. But Amazon was not the only place he was recording.

"He allegedly entered stalls next to 12 victims and took videos without their knowledge. Of the 12, five girls were under age 18 and some were estimated to be as young as 8, Police Chief Bill McGrath said.

The chief said changes in technology are making taking secret videos possible as devices become smaller and unnoticeable, and warned that children and adults need to keep their “eyes wide open” when entering a public bathroom or fitting room.

“I think technology with all its benefits is our enemy when it comes to people who have bad intentions,” McGrath said during a press conference outside Wrentham District Court.

He said devices such as pen cameras are “used for good purposes and they are used for evil purposes. In this case evil,” McGrath said."

He 'used it for evil' is a bit of an understatement. Without giving too much detail to what was found in his poss

"With the help of Cohasset police forensic experts, investigators found 240 video clips and 23 images, according to a police report.

Among the evidence was the video of the girl in Norfolk, which police say was recorded March 17. Norfolk police charged Guerrero with photographing intimate parts of a child and exhibiting a child in the nude, according to court records."

Police also found photos of female minors and adults that were all associated with his family.

Assistant D.A. Christopher Cook recommended $75,000 cash bail with home confinement and GPS monitoring due to the defendant’s lack of family ties in the area. Guerrero would face a minimum of 10 years in prison upon conviction.

He deserves it, that's just despicable. But Amazon is also to blame for allowing a man into the female bathroom. Guerrero wouldn't have had access to the lady's room without help from Amazon.