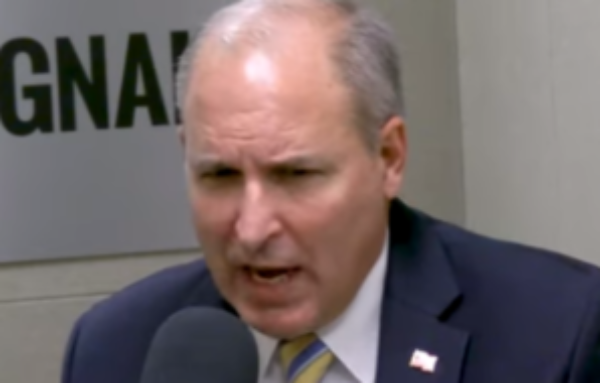 While speaking with Daily Signal,  Mark Morgan, acting commissioner of U.S. Customs and Border Protection during the Trump administration, exploded over Biden's current border crisis. Morgan said it's the 'wild wild west' down thereafter Trump managed to secure the borders.

A furious Morgan said that Biden was given a solid border and managed to destroy it in less than a year.

“President [Joe] Biden inherited the most secure border in our lifetime, and with the stroke of a political pen from Day One, he started to systematically dismantle it,” says Morgan, now a visiting fellow in national security at The Heritage Foundation, the parent organization of The Daily Signal.

“And as each month in the past year has gone by,” he says, “the border has become less secure and our country has become less safe because of this administration’s, I believe, ideologic and politically driven open-border policies.”

Morgan explained that there were several errors Biden made that destroyed border security but that the single most damaging one was done the instant Biden took office:

"Remain in Mexico closed that loophole down. It put integrity back in the system. And by February of 2020, we saw a 75% reduction in illegal alien families come to our border because of that one program. It worked, it was effective, and the first day this administration ended the program."

Later, Morgan called the court order to reinstate Trump's 'remain in Mexico Policy a" drop in the bucket" because the Biden administration has ignored the judges order.

Morgan continued, "It’s a joke. And then, guess what? They enrolled not a single family. I mean, the entire genesis behind the Remain in Mexico program was to actually close that loophole that is presented to families. They didn’t enroll a single family."

"And then the majority of your families are coming from where? The Northern Triangle countries. So they only enrolled single adults. Where? From outside of the Northern Triangle countries," he added. "It’s a joke. It’s having absolutely no impact. I believe they’re defying the court order, they’re not acting in good faith. And I hope that Texas and Missouri still push this to hold them accountable."