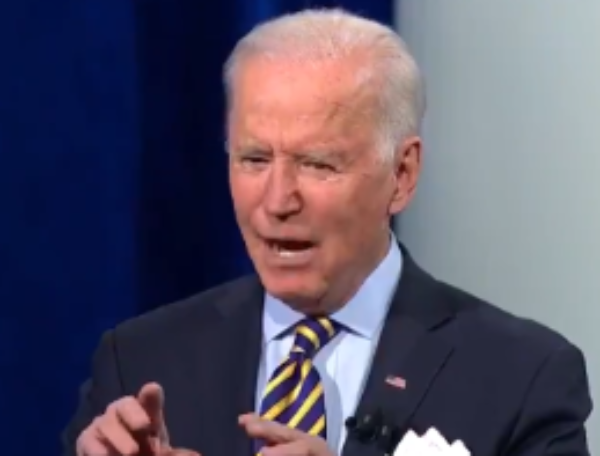 Looks like Joe Biden got a rude awakening after he fired United States Attorney John Lausch. The Northern Illinois Attorney was knee-deep into investigating corrupt Democrats with fairly successful results, so far, when Biden decided to can him. Lausch was appointed by President Trump which put a huge target on his back for Biden- but not so fast sleepy Joe!

In a bipartisan effort made by state and federal legislators, Lausch will see his work to the end. The attorney will continue working on his investigations. The group petitioned the White House to override Biden's foolish decision to kill an active investigation.

“President Biden triggered outcries from Illinois lawmakers on both sides of the aisle after he fired a prosecutor overseeing corruption probes of Democrats in the state. Democrat senators, House GOP lawmakers, and the Illinois Republican Party all condemned the move to fire Chicago-based U.S. Attorney John Lausch,” Fox News reported several weeks ago. “U.S. attorneys are appointed by presidents and typically new presidents ask for the resignations of nearly all at the beginning of a new administration, but Lausch had rare bipartisan support. When then-President Trump appointed Lausch, the attorney had the support of both Illinois’ Democratic senators — Richard Durbin and Tammy Duckworth. ”

Bipartisan: Even Mayor Lori Lightfoot was against Biden's senseless decision to ax Lausch:

“To replace him at this time I think puts our city at risk,” Lightfoot said. “We can’t be without a permanent head of this office as we head into the summer months when things are most challenging. That makes no sense.”

Both Durbin and Duckworth weighed in in Lausch’s defense, petitioning President Biden several times to allow Lausch to stay on, at least until his primary focus, an investigation into Illinois electricity provider, Commonwealth Edison — a “sprawling corruption investigation that resulted in Commonwealth Edison admitting to arranging jobs, contracts, and payoffs to associates of former Illinois House Speaker Michael Madigan,” per Chicago’s WTTW — is complete.

The Man Who Get's Results!

So far, Lausch's investigation had resulted in six arrests and at least one resignation. Madigan, yes the one who helped petition to keep the attorney on, resigned his position as Illinois House Speaker last week in an apparent attempt to avoid federal corruption charges.

Another higher profile bust Lausch has made was a top Alderman. Ald. Ed Burke is currently “awaiting trial on a 14-count indictment that alleges he repeatedly — and brazenly — used his powerful position at City Hall to force those doing business with the city to hire his private law firm.”

On Thursday, the Chicago Sun-Times reported that the White House has agreed to allow Lausch to remain on until a suitable replacement can be found.

“John Lausch will remain on the job as the Chicago-based U.S. attorney until his successor is chosen and will not be forced to resign at the end of the month,” the outlet learned Thursday. “A source told the Sun-Times that it is ‘rock solid’ Lausch will stay for the time being, with the sign-off coming from the White House and the Department of Justice.”

While Biden might be blinded by his hate for Trump, clearly Illionois DEmocrats understand the irreversible ramifications the administration would face had he successfully killed an ongoing investigation into his own part. Just more proof that Biden isn't playing with a full deck of cards!

Honestly, Biden is lucky other lawmakers were looking out for him because this would have quickly gone south for the easily confused Democrat. Biden had better watch all of these drastic decisions and orders he keeps pushing- one is bound to be the rope needed to end his presidential career.